Training For The BT Ocean Challenge Round The World Yacht Race

Conceived by Sir Chay Blyth and billed as "The Toughest Yacht Race In The World" sailing around the world the wrong way, against the prevailing winds and currents

Photo above of me helming off Plymouth under full sail in a stiff breeze taken, on my camera, by Pete Goss MBE, Legion d'Honneur the Training Skipper for the Race, a fantastically skilled sailor and one of the nicest, most patient, people you could ever wish to meet.  A few minutes later I had the additional pleasure of helming as we flew the large and powerful 3,000sqft spinnaker. 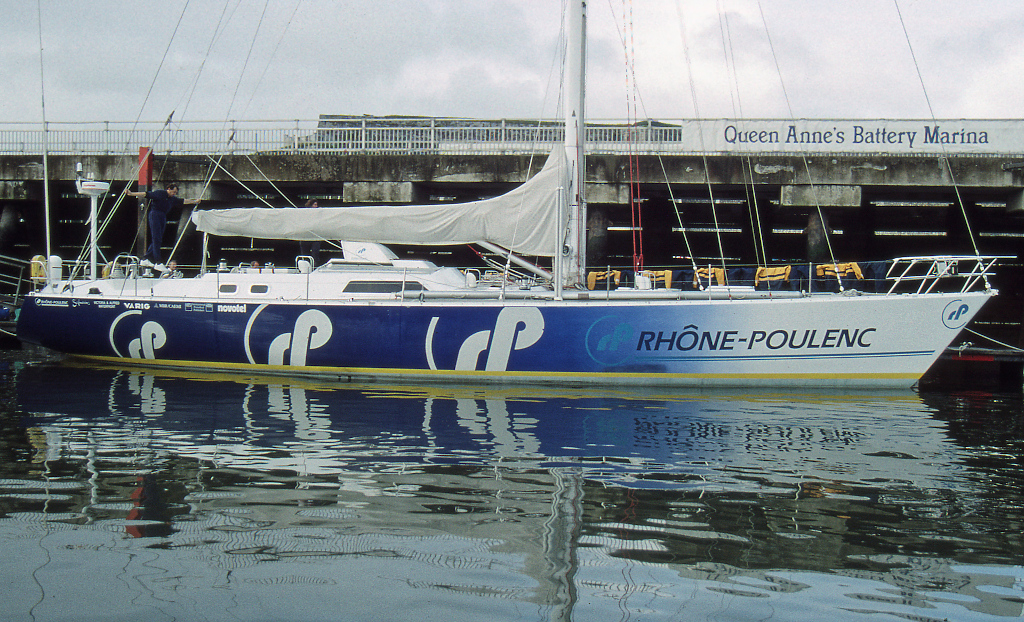 Built of steel (Mild steel hull, stainless steel deck) to give them the strength to cope with the rigours of sailing upwind in the mountainous seas of the Southern Ocean the powerful and confidence inspiring Challenge Class Yachts are 67ft LOA, 17ft 3" Beam, 9ft 6" Draught and carry a cutter rig to break the sail area down into (relatively) smaller and more easily handled and repaired areas.  Displacement fully loaded at the start of the race was c.40 tons reducing to c.36 tons as stores were consumed.   "Rhone-Poulenc" seen in these photos had already already circumnavigated the world once in the previous British Steel Challenge and was being used as the training yacht for the BT Ocean Challenge. 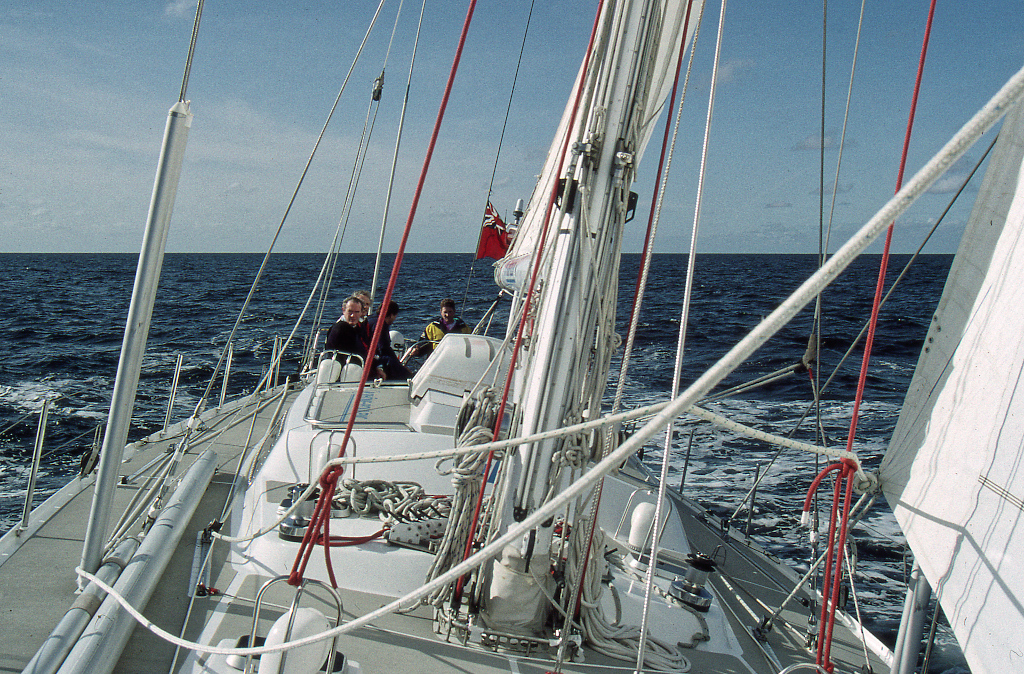 Andy Hindley, Training Mate, seen here in the yellow jacket at the helm was a member of the crew on "Hofbrau Lager in the British Steel Challenge, skippered by Pete Goss, and went on to Skipper "Save The Children" in The BT Ocean Challenge winning one of the legs and coming in a very creditable 3rd place out of the 14 competing yachts overall. Andy went on to have many other sailing related adventures including becoming Chief Operating Officer for Sir Ben Ainslie's Americas Cup team. 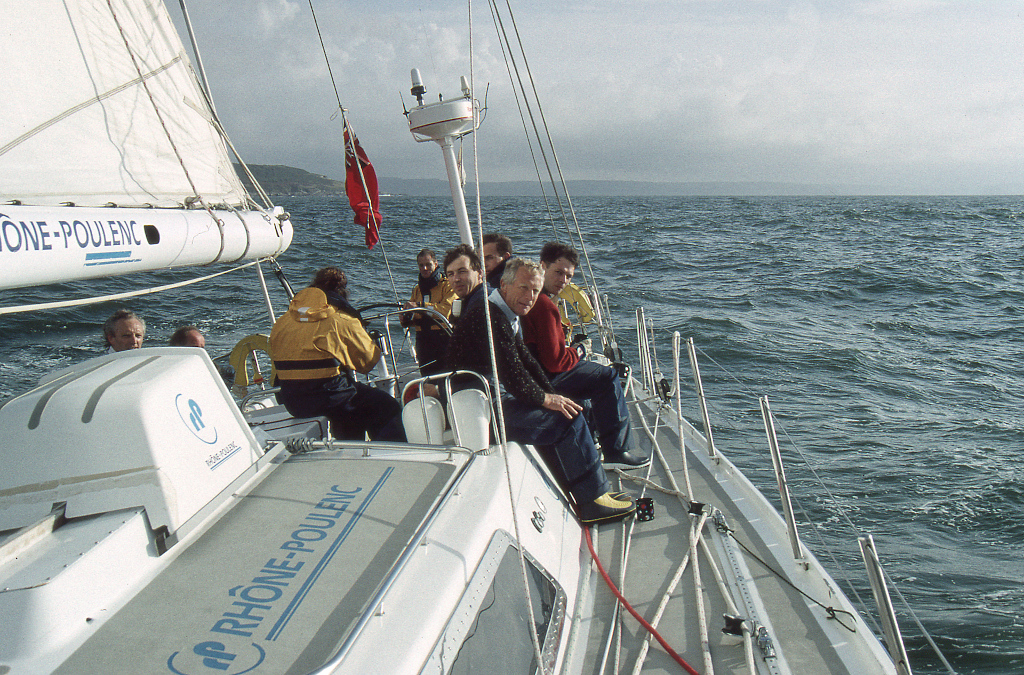 For a full crew member's view of the actual race read the book by Alan Sears, seen with the dark hair seen near the centre of the photo above looking straight into the camera, entitled "Uphill All the Way: Crew Member's Inside Story of the BT Global Challenge"