Some of the Bikes I have owned

The fantastic Aprila Falco SL1000 (Super Light) a lovely Italian 1,000cc V-Twin - My favourite amongst all of the bikes I have owned. Great sound, great lustrous metallic red colour, distinctive triple headlight fairing, stiff and lightweight Magnesium frame which looked beautiful as well, great to ride with low down, wheelie inducing, V-Twin grunt but still capable of revving to 10,000rpm and making the rest of the world appear to go into reverse.  Powerful Brembo brakes.  More comfortable riding position than the RSVR.  I regret selling it especially as they seem to be appreciating in value now. I heard that Aprilia stopped making them because the high specification meant they were too expensive to make for the price they were selling them for.  Really needs to be put on the track to exploit the full performance as it can reach ridiculous speeds far too quickly on the road and if you rev it out you can really only accelerate from a standstill for a maximum of 3 seconds and use the first two of the six gears before you exceed the legal national speed limits.

I can't help tinkering so:

I fitted Scorpion Exhausts to release a little more power and make a nicer sound plus they reduced weight slightly over the stock exhausts. These also had removable baffles for track use but too loud and anti-social to remove them for road use and I assume illegal too.

Fitted the adjustable rear Ohlins shock absorber and dog bone link from the Aprilia Mille RSVR to replace the standard Sachs shock and linkage (which I found too hard) - Probably the single best change I made which made the handling absolutely perfect and also improved the ride comfort as it was both far more compliant and more controlled.  The front suspension was already great as standard so needed no changes.

Fitted a BBPerformance chip (from Germany) to reprogram the ECU to release more power & torque but also remove the dip in torque around 4,000rpm of the standard bike plus a K&N air filter to allow it to breathe more easily.

BBPerfomance chip could be switched between Road & Track settings to release more power with the exhaust baffles removed. 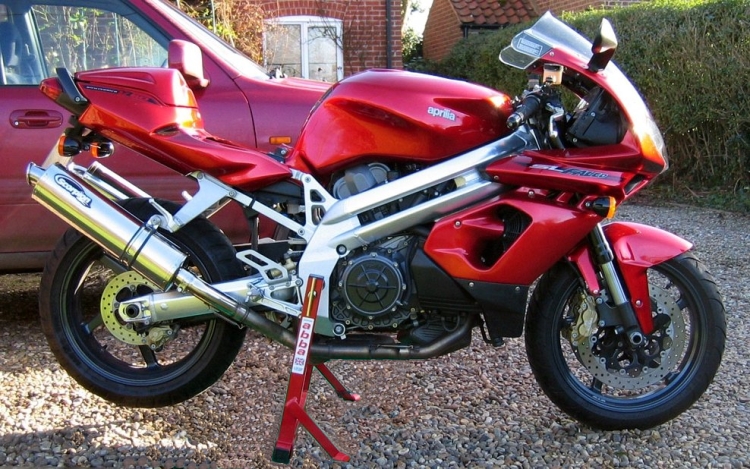 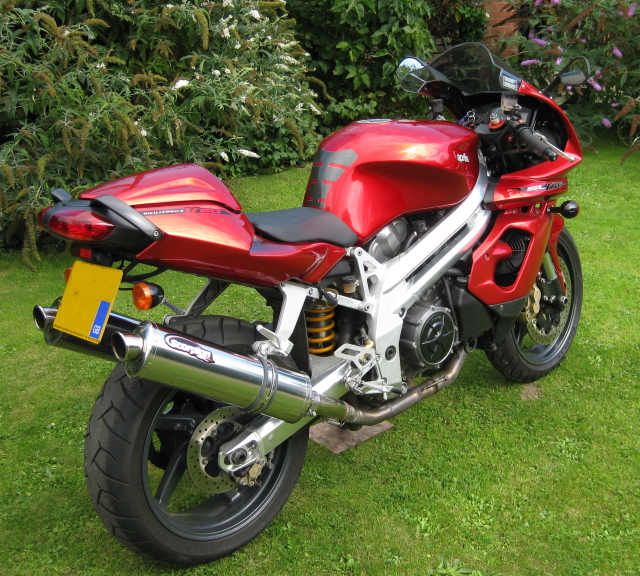 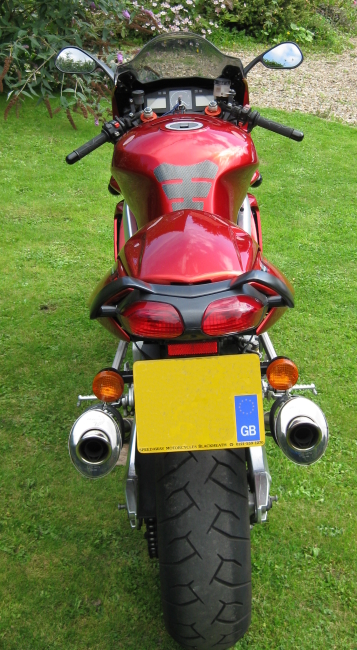 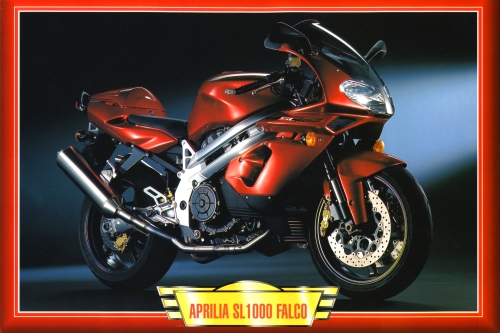 Unsurprisingly the K100RS had a completely different character from the Falco (which I owned at the same time) with shaft drive, a more comfortable touring sitting position and the screen with adjustable aero flap was remarkably effective at keeping the wind off but it was heavy and couldn't touch the Falco performance wise.  For precisely these reasons it was satisfying to ride quickly as it was much more of a challenge!  Would still see off most Super Cars in a 0-60mph drag though at sub 4 seconds and a top speed around 140mph.Well documented annoying high frequency vibration felt through the bars and the footrests was the main bugbear although I enjoyed riding it but more in the way of a "vintage" bike.  The V-Twin engine of the Falco was actually much better balanced than this 4 cylinder. Would I buy another? No - ambition achieved no need to re-visit. I would still like to try the older BMW R100 RS flat twin though.

An excellent all rounder capable of touring, back lane scratching, commuting, you name it.  Handles well straight out of the box. My second most favourite out of all of my bikes and probably easier to live with than the Falco as it was smooth at all speeds (The Falco sometimes felt like a powerful stallion you were holding back at certain speeds and needed to go faster to smooth out), comfortable and easy to ride.

Smooth V4 engine with a distinctive sound, expensive gear driven cams and renowed reliability that can run to very high mileages the VFR was a gem of a bike.  Not as light, fast or powerful as the Falco but faster, smoother and better handling than the BMW K100RS. I would definitely consider another VFR, the most rounded and accomplished of all the bikes I have owned with renowned Honda reliability and that unique V4 engine note. 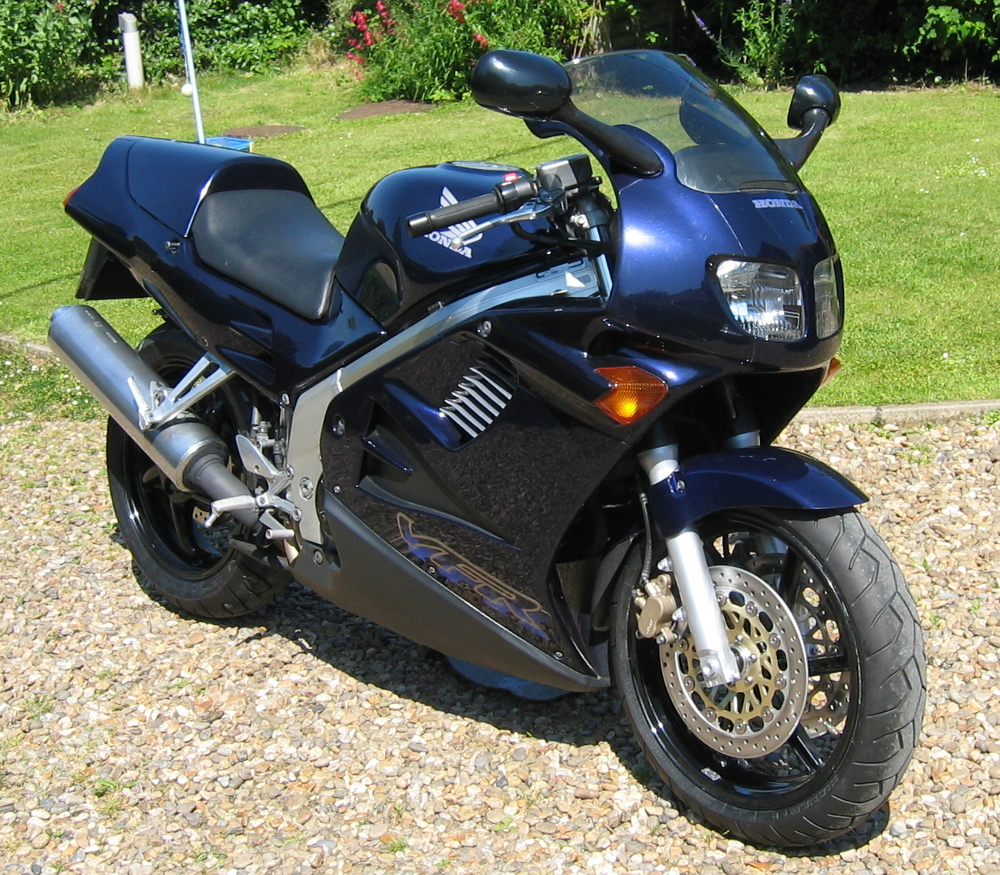 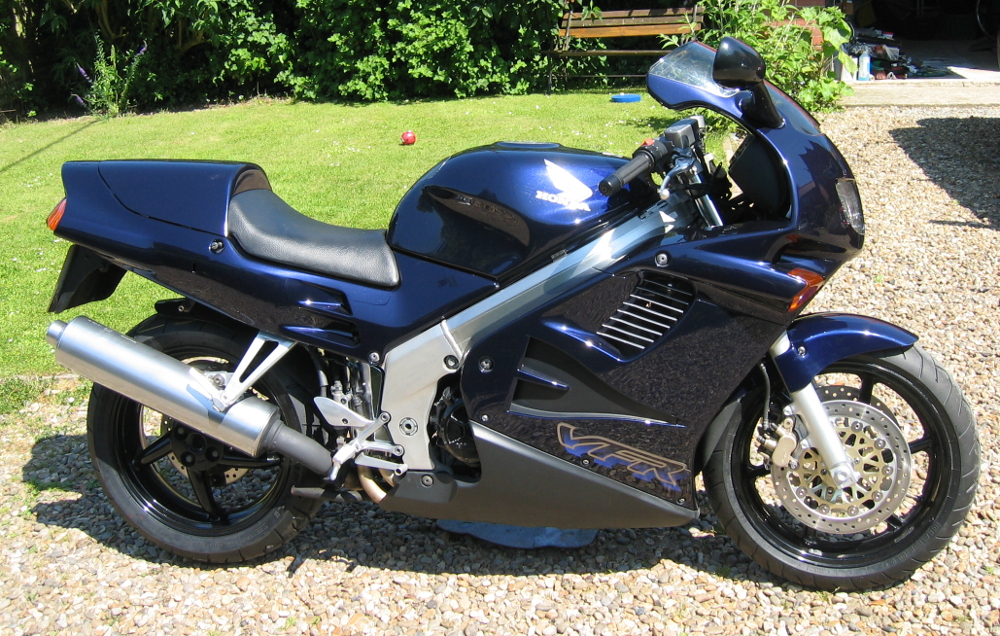 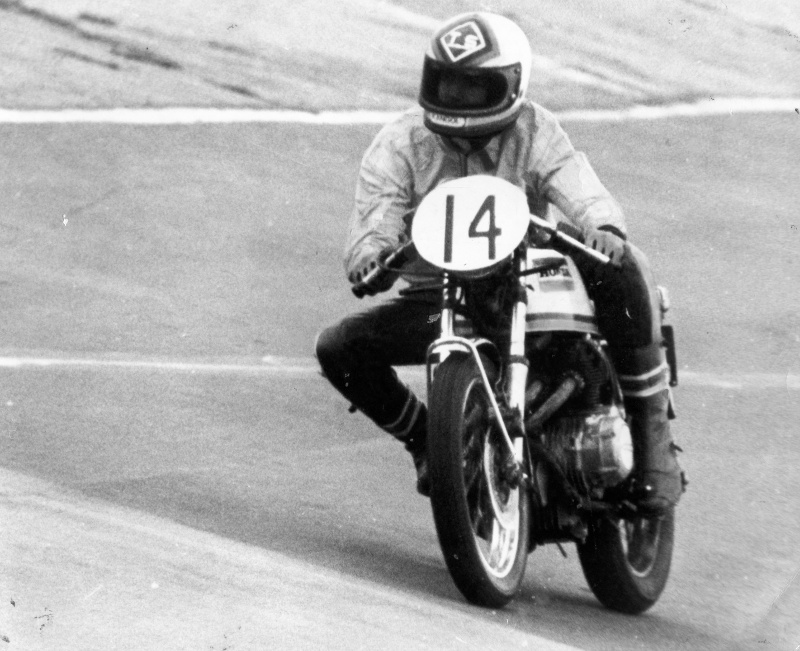 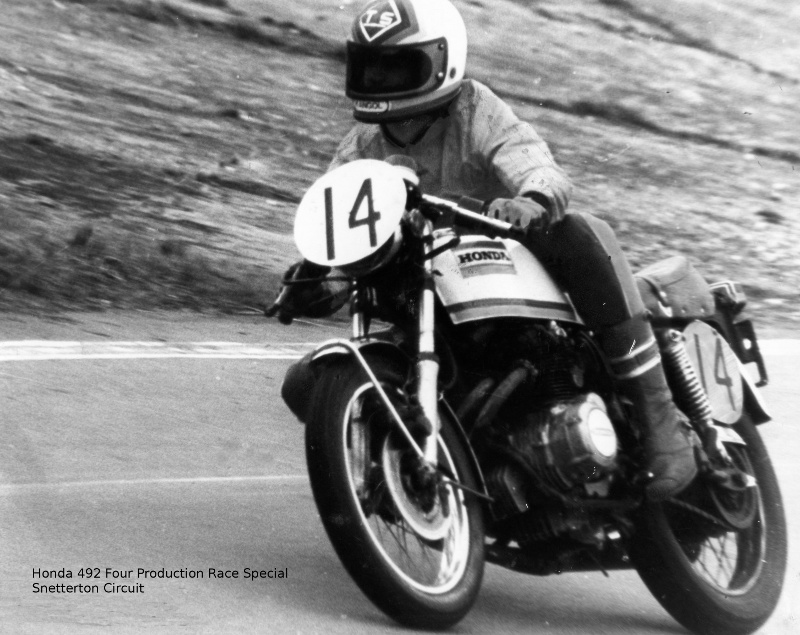