My first attempt at an Arduino communicating with an Android App via bluetooth.  I developed the Arduino code (C++) using the standard (free) Arduino integrated development software (see here for details and download -  http://arduino.cc/  ).

I developed the Android App using the (free) MIT Android App Inventor (See here - http://appinventor.mit.edu/explore/ ).  In this case I have an Arduino Mega2560 connected but any Arduino model is capable of this function so for a small device an Arduino Nano or Micro could be used instead.  My last Arduino Nano (Chinese clone) cost £2.89 inc. postage from ebay! Power can be supplied by any convenient power source USB cable from a PC or wall charger, any battery or power supply between 5v and 12v.  I have a standard 9v PP3 supplying the power in the example below.  In this case I am only controlling 4 LEDs but the same principle can be applied to controlling anything so this could be a remote control for a vehicle or for switching on and off household devices. The controls could also be proportional e.g. variable speed controol rather than just on/off.  Alternatively the Arduino could send telemetry/information back to the Android device. 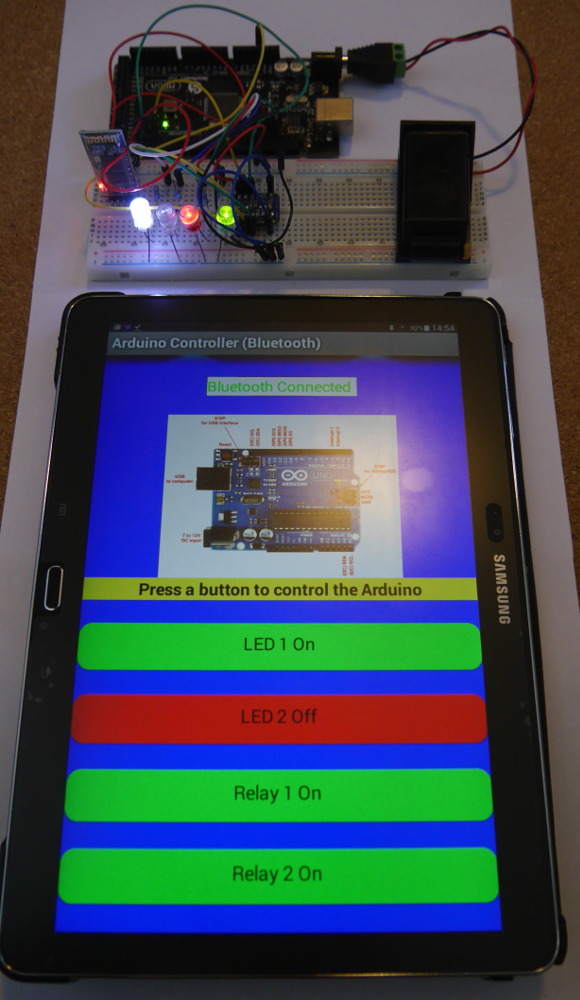 This video shows it in operation.

Various different Arduino boards with a coin and a ruler in shot to give a sense of scale.

The Arduino Due is the new 3.3V 32 bit Arm chip based board running at a fast 84MHz.  Unlike other Arduino boards which run at 5V and 16MHz, the maximum voltage that the I/O pins can tolerate is 3.3V. Providing higher voltages, like 5V to an I/O pin could damage the Due board. 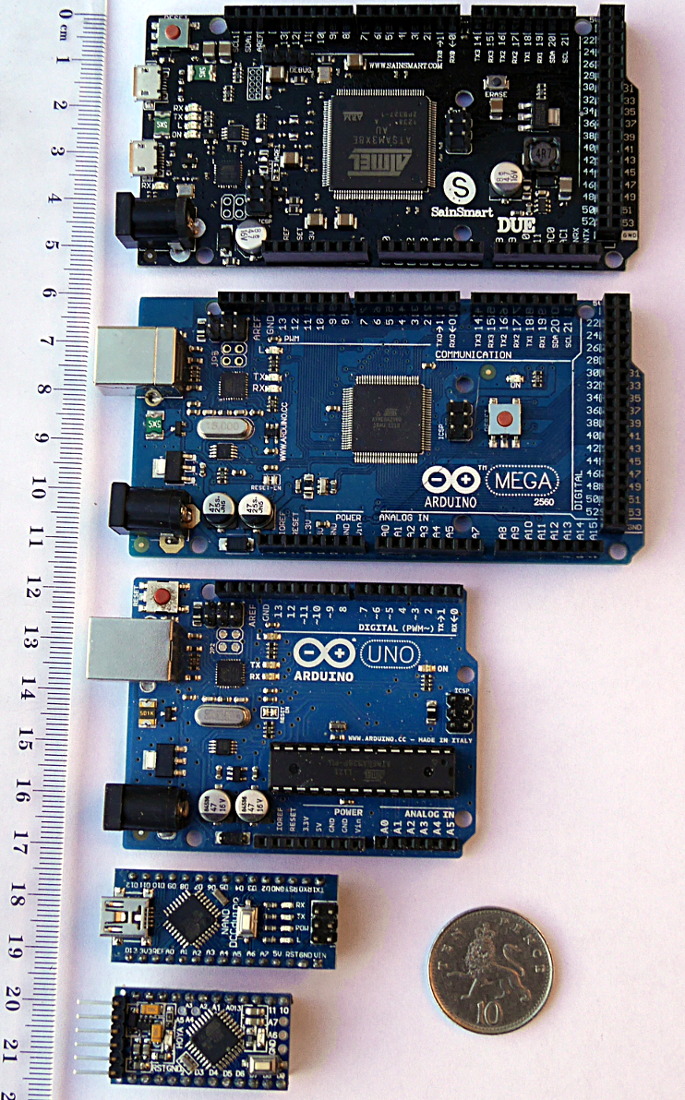 Some examples of cheaply and easily available sensors and modules for the Arduino. 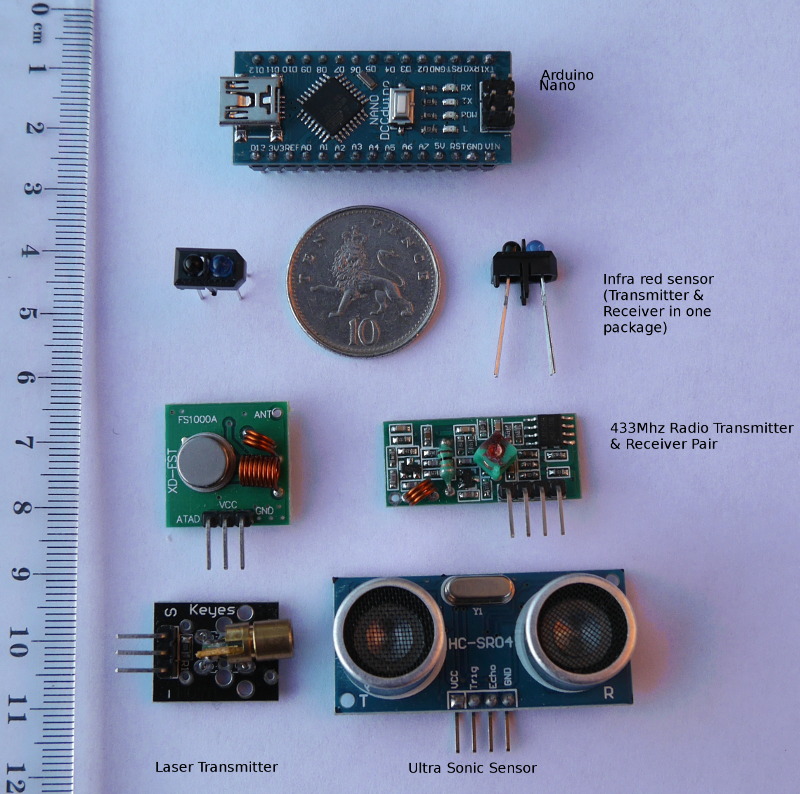 Hundreds of Arduino compatible sensors and modules are available, many direct from China via ebay, often costing only a few pence each.

The infrared emitter and receiver pair in a single package could, for example, be fitted on the side of a small enclosed tube and anything entering the tube and blocking the reflection of the infrared signal from the opposite side would trigger the Arduino which could then take some action in response. Effective range c. 2.5cm

The ultra sonic sensors are seen in many projects and are often used for sensing/measuring distance up to c. 3 metres, or used to detect objects for electronic counters or alarms.

The laser transmitter can be paired with a laser receiver and used to detect when a laser beam is broken by an object or used for measuring distances or checking levels.

Sensors and modules exist for practically any application you can think of from accelerometer and gyro stabilisation systems for drones, to heat, light, and barometric sensors and even soil moisture detectors which can tell you when your plants need watering or even control systems to water them for you.