Tested in "River" specification on the Norfolk Broads, in some faster flowing water, on the North Norfolk coast (I bought mine for surfing) and in the pool for rolling practice but not in real White Water (yet). 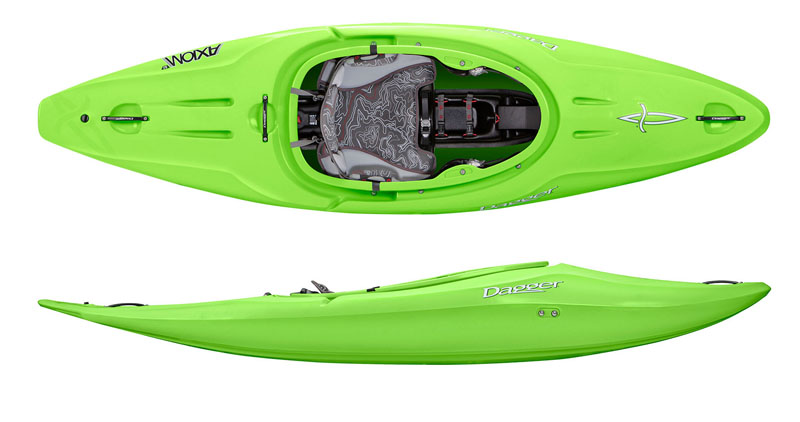 We don't have much white water around the Norfolk Broads so I chose a lower volume kayak for a bit of fun trying out some moves on the flat and for it's surfing potential on the sea.  The cockpit fits me really nicely and the Ergo Contour outfitting (same as on my Katana) is very comfortable - I wish my sea kayaks had this sort of outfitting.  If you push on and try to go fast on the flat then it has a tendency to suddenly spin out but you can do a 360 degree turn extremely quickly and keep going!  At a steady pace it's fine but not really a boat built for long distance or speed on the flat.  Pretty easy to roll. With the low volume stern it is important to get the trim just right and the movable seat on the River spec boat aids this.  If you dither and hesitate crossing moving water the low volume stern can catch and give you a bit of a surprise but it is responsive and seems to reward speed and positive moves and overall is a very stable boat and doesn't feel tippy on the flat.  At the beach the short water line length makes it a lot harder work than my sea kayaks paddling out through the surf (as you would expect) but it will surf very nicely if you catch the right wave.

Coming back to the beach after one surf session I tried to come in on the back of a wave to avoid the dumping surf break but didn't quite make it and was then caught by the next wave behind me.  I saw the wave break just before it caught me and fully expected to end up pearling head first into the sand or being rolled but that low volume stern just sank into the breaking wave face keeping the boat level and the whole boat was then picked up and accelerated at an amazing rate and I was catapulted straight as an arrow right onto the beach quite impressing the spectators watching who obviously thought they were watching a pro making a deliberate expert landing!

During 2020 the Dagger "Rewind" will replace the Dagger "Axiom" in the range.  At first glance you could mistake the Rewind for the Axiom as it is a very similar kayak.  Basically a modified Axiom with slightly more nose volume and rocker  (which may help the nose resurface faster in big whitewater holes but probably at the expense of staight line tracking) and a slightly wider stern plus a slight mainly cosmetic change to the colourway of the outfitting.  Whether you prefer the Axiom or the Rewind is likely to just be a personal choice and depends on what you want to do with it. I have no plans to change my Axiom at the moment as the lower volume/lower rocker bow suits my current use better.

Splat, surf, squirt…the Axiom does it all. A stable river-running kayak with seamless edging and a craving for play, the Axiom is comfortable on steep creeks, big water waves, and everything in between.

Winner of the 2011 Canoe & Kayak UK Whitewater Kayak of the Year.

Dagger Video featuring the Axiom demonstrating it's true capabilities - The kayak is far more capable than I am!

The Maverick G5 is a good looking paddle and a nice match for my Lime Green Axiom and Katana.  It appears to be tough and well made with a strong carbon fibre re-inforced one piece 31.5mm diameter oval shaft and quite a powerful (680cm²) and resilient glass fibre injection-moulded nylon 6 blade with a 45° feather angle.  At 1.1kg it is a little heavier, but hopefully a little tougher, than some of the more expensive full carbon fibre paddles meaning I don't have to worry so much about damaging it. 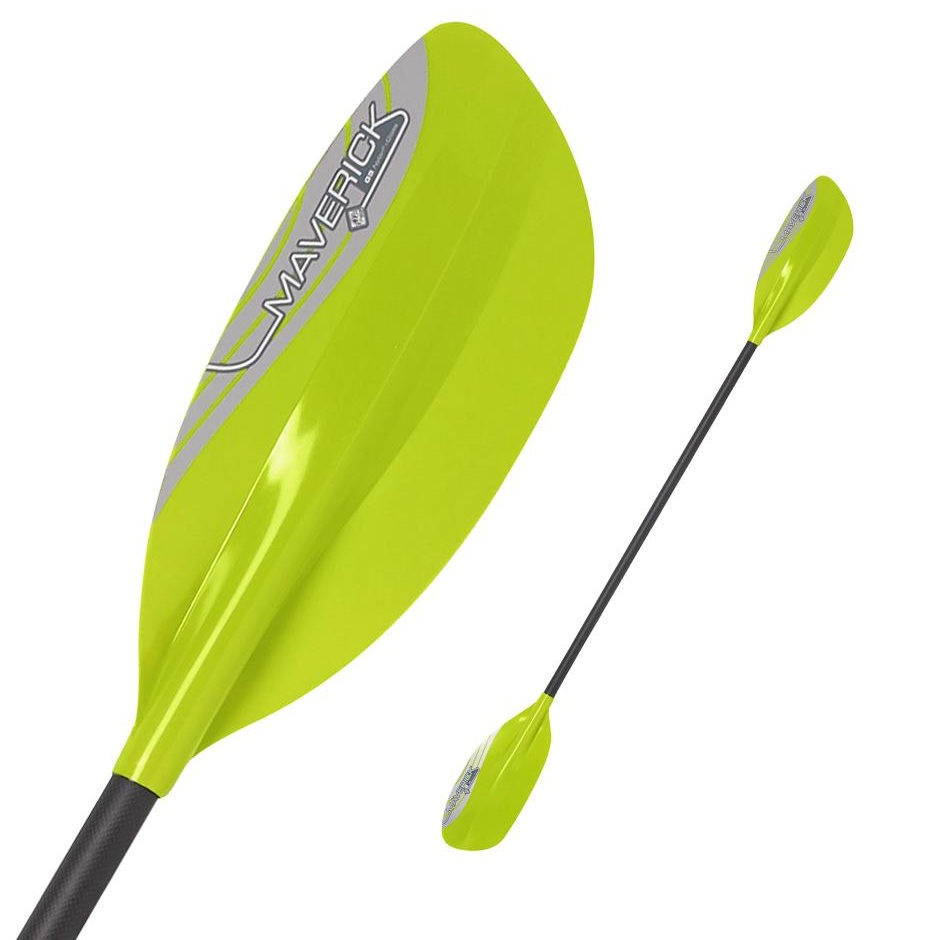 Palm Video explaining the features of their Maverick Range of paddles